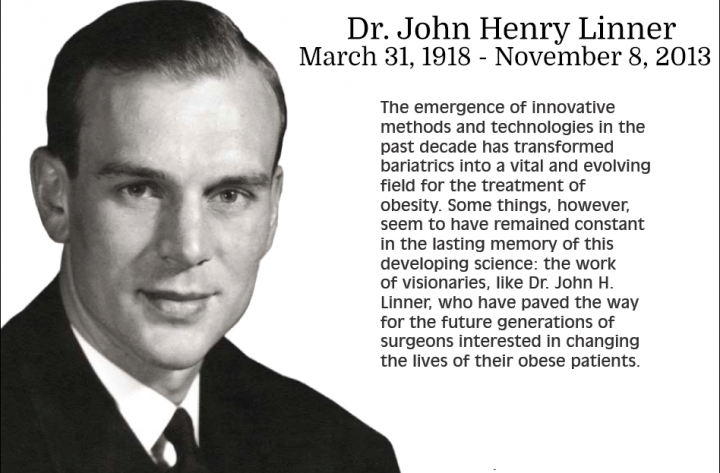 QHow old were you during your WWII military service, and what was your rank?

I was about 26 years old, and a Navy medical officer and photographer on two ships: the LST-6 (landing ship tank) during the Normandy invasion and the AKA-103 (attack cargo ship) at Okinawa. I was initially an Ensign, on LST-52 on the Atlantic crossing from Boston to England, and later I was promoted to Lieutenant [Junior Grade], and then full Lieutenant. I made five trips across the English Channel from Portsmouth to the Normandy coast of France.

QWhat was your set-up for emergency triage on the tank deck off of Normandy?

On the LST-6, our tank deck was converted into an emergency and hospital room after all the heavy military equipment (tanks, trucks, etc.) had been discharged to the beach. The stretchers holding the wounded served as hospital beds. There were three doctors on our ship including myself. We had adequate quantities of IV solutions, ten or twelve bottles of type-O blood, ample vials of morphine sulfate for pain, and sulfa drugs for infection. The surgical equipment was quite good—we kept what was needed for major surgery on one of the mess hall tables. In addition to the tank deck set-up, we had first-aid stations scattered about the ship, where emergency equipment such as bandages, antiseptic and so forth could be used by the personnel top-side in case our ship was hit.

QDid you perform surgery as the medical officer on the ship?

During the Normandy invasion there were three doctors, one a qualified surgeon from Kentucky. We did one abdominal exploration for a shrapnel perforation and completed an arm amputation on a severely torn upper arm. We used the mess hall dining table for the surgery.

QWhat was the environment that led to your development of weight loss surgery?

I had always been interested in research, and during the last year of my residency in 1953 I devoted my time and effort, along with Drs. Arnold Kremen and Charles Nelson, to a small bowel absorption study in dogs to evaluate the absorption characteristics of various segments of the small intestine. After completing my service and going into private practice, one of my patients, R.D., of Savage, Minnesota, who weighed between 275 and 385 pounds at various times, complained that she could not maintain her weight loss and, no matter what she did, she would always regain the weight she had lost. I told her about our experiment in dogs and that although the malabsorption did result in weight loss, it had never been performed on humans. She told me that she wanted the surgery no matter what. In those days, we did not have the [Institutional Review Board] regulations nor the litigation that we have today, so after consultation with Dr. Kremen, we decided to perform the first surgery in April of 1954 at Mount Sinai Hospital in Minnesota.

QWhat was the initial reaction of the medical community to weight loss surgery?

The paper with our results and the R.D. case report, published in the Annals of Surgery, was received enthusiastically at the American Surgical Association meeting in Cleveland in 1954. Shortly thereafter, a number of surgical groups began to do variations of the JIB (jejunoileal bypass), but I decided not to perform any more procedures until I had a chance to see the results of our case and the operations that were being done by others.

As far as the general medical community goes, however, there was a lot of resistance to weight loss surgery, especially amongst internists, as well as some surgeons. They thought it was crazy to treat obesity with surgery. In an interview with Dr. Ancel Keys, an internationally known nutritionist, he said with a slight smile, “what you should do is to sew the patient’s mouth shut!” That shook me a bit, but did not deter me and I decided to perform the surgery anyway.

QWhat type of weight loss surgery did you perform?

I performed JIBs at first, but because of the problems associated with that procedure, I switched to the Gomez horizontal gastroplasty, then Mason’s vertical banded gastroplasty, and finally the Roux-en-Y gastric bypass (GBP). I did a few gastric banding procedures but found the weight losses were not as significant as with the gastric bypass. I used the open method exclusively, but today our group does it primarily laparoscopically, tailoring the choice of operation to each patient. There are certainly going to be other technologies down the road, but the most important thing is that these procedures pass the test of time and prove to be as safe as possible.

QWhat were the disadvantages of gastroplasty?

It was not as effective as gastric bypass, and, in trying to improve the results, the stoma was often made too small, resulting in stomal obstruction. The adjustable band improved that situation considerably, but, in our experience, was not as effective as the GBP. We later found that the GBP was a more effective way of treating Type 2 diabetes as well.

QWhat role did aftercare play in your early experience with weight loss surgery?

QWas a psychiatric evaluation necessary for having weight loss surgery in the early years?

We did not believe that formal psychiatricevaluation was necessary in every case. If we felt, based on a good history and physical examination, that a particular patient needed to have a psychological evaluation, we recommended it, but certainly not for every patient.

QWhat advice would you give to surgeons new to this field?

Get the best training in current techniques at Centers of Excellence, attend national meetings, and keep abreast of all the new changes in this dynamic field.

QWhy do you think weight loss surgery has gained such prevalence?

Obesity has grown to epidemic proportions in our country, and at this time there is no effective medical treatment for the morbidly obese. We need more effective preventive measures on a national level.

QWhat do you see as the next frontier of bariatric surgery?

There will be growth of robotic-type approaches and transluminal endoscopic procedures.

QTell us about the book you have written on weight loss surgery, and about your inspiration for your most recent book.

I wrote my first book, Surgery for Morbid Obesity, which was published by Springer-Verlag in 1984. It was a standard textbook for a number of years. When the newer approaches appeared, there were some discussions about a second edition, but, unfortunately, I was too busy to get into it.

My most recent book, Normandy to Okinawa, is a combination of my diaries as a Navy medical officer aboard LST-6 during the Normandy invasion and the AKA-103 at Okinawa and an abridged history of WWII. I had kept a daily diary and I was also a photographer on the ship. When I came back from duty and began my practice, I put the diaries and the photographs in the closet where they resided for fifty years. I have five daughters, and a few years ago my wife and my daughters encouraged me to start working on my diaries and ultimately publish them. It took me ten years to put everything together, but it was finally accomplished.

This interview with Dr. Linner appeared in ObesityHelp’s magazine Bariatrics Today, Issue 1 2008. Dr. Linner  was a pioneer in bariatric surgery, his groundbreaking research led to the world’s first published account of a weight-loss operation. For 40 years, he dedicated his life to the study and treatment of obesity. He served as the former ASMBS president, published several articles and a book on bariatric surgery, served as a consultant to the U.S. Department of Health and Human Services, and won awards from the American Society for Metabolic and Bariatric Surgery. Dr. Linner passed away November 8, 2013 at age 95, Family members say Linner was most proud of being remembered as a doctor who was dedicated to his patients and who kept up with them long after they left the hospital. “Patients showered him with thank-you notes”, his wife said.

Want to join the discussion?
Feel free to contribute!

Tip of the Month: Managing Your Online Image

How ObesityHelpâ€™s Weight Loss Tracker Has Changed My Practice